How’s this for a speaker introduction at your organization’s next meeting?

Thousands of daily reports delivered to top-flight agricultural industry stakeholders. Hundreds of consulting engagements with clients up and down the agri-food value chain. Years of combined public and private sector experience. Taken together, an unprecedented track record of delivering insights into the biggest issues in U.S. and global agriculture.

When a member of the WPI team speaks at your next meeting or conference – in the U.S. or overseas – that’s what you get: invaluable insights, coherently delivered to your target audience in language they understand.

Regardless of your place in the value chain and the unique challenges facing your sector, WPI stands ready to assist and ensure that the limited time you have to reach stakeholders is effectively used. Your audience wants to be engaged, so WPI offers dynamic interaction with listeners, prompting them into horizontal discussion using a variety of tactics.

Contact us today to book one of our expert speakers for your next event!

You name it, we’ve done it. The following is a sample of subject areas that WPI’s team can speak on. We’re adept at adjusting presentation logistics to the audience, whether it’s thousands of convention attendees or a small, intimate group of listeners. While team members’ experiences overlap subject areas, we’ve assigned a basket of pertinent topics to each WPI staffer to help you find the appropriate contributor.

Take a moment to read our bios below, then please contact Gary Blumenthal to discuss speaker fees, logistics, and how we can add value to your organization through the spoken word. 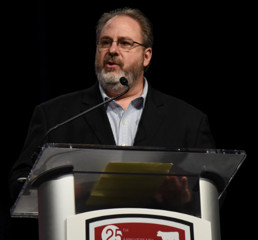 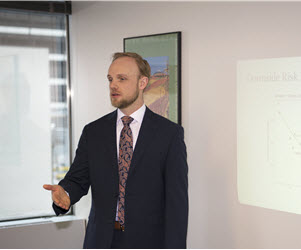 Gary Blumenthal, President and CEO of World Perspectives, Inc., has been with WPI since 1994 and assumed full leadership of the company in 2005. After nearly 200 speeches and presentations during a career in government and industry, Mr. Blumenthal knows a thing or two about captivating audiences. He learned the fundamentals early in his career as a speechwriter for top Pentagon leaders. He then absorbed how to be in tune with audiences while serving in the White House. Now with more than two decades spent analyzing every aspect of the agrifood sector and its intersection with government policy, Gary delivers keen insights into the industry’s past, present and future that are memorable and instructive. Importantly, they are directly relevant to the audience.His specialty is pointing out the ironies and contradictions that buffet the sector. For example:

Meanwhile, Gary conveys his message using striking photography and informative graphs. Audiences are engaged to participate via an electronic response tool as well as some more conventional techniques. In the YouTube era, Gary knows that audiences want knowledge, but they also want to be entertained, and visuals are now key.

Dave Juday is a Senior Analyst with World Perspectives, Inc., and the founder and principal of The Juday Group.

A frequent speaker at industry trade conferences and events, recent presentations include the annual meetings of the National Cattlemen’s Beef Association, U.S. Poultry and Egg Export Council, and the National Oilseed Processors Association, as well as the Council of State Government’s Midwestern Legislators’ Conference and the National Association of Farm Broadcasters Washington Watch meeting.

An economist and entrepreneur, Mr. Juday is an experienced hand in federal policy making, having worked on Capitol Hill and as an aide in the White House; he’s also a seasoned veteran of several business ventures launching new technologies in agriculture.

Juday has been involved in every Presidential election since 1988 and every farm bill since 1985. Prior to the 1996 farm bill, Juday’s op-ed “Contract with Rural America” was published by the Wall Street Journal. More recently, his writing has been published by the Financial Times, Detroit News, Baltimore Sun, Washington Times, Des Moines Register, National Review, and The Weekly Standard.

Prior to joining WPI, Mr. Herrington worked as a consultant for Informa Economics, IEG in its Washington, DC office. While there, he managed the firm's economic impact studies and worked on projects spanning trade policy analysis, feasibility studies, econometric modeling, and market research in food and agriculture.

Mr. Herrington’s professional career also includes a role as a Commodity Research and Product Development Manager for the CME Group in Chicago, IL. In this position, he co-developed new derivatives contracts and conducted extensive research on livestock markets as well as their futures and options contracts.